5 Thanksgiving Recipes To Wow Your Guests

Turkey Day is almost here, and we’re dishing up some of the best, most popular recipes for the big day. From vegetable sides to desserts, these dishes are sure to “wow” your guests.

Image and Recipe by: McCormick

Image and Recipe by: Nestle

1. Preheat oven to 425° F.
2. Mix sugar, cinnamon, salt, ginger and cloves in small bowl. Beat eggs in large bowl. Stir in pumpkin and sugar-spice mixture. Gradually stir in evaporated milk and bourbon.
3. Pour into pie shell.
4. Bake for 15 minutes. Reduce temperature to 350° F; bake for an additional 40 to 50 minutes or until knife inserted near center comes out clean. Cool on wire rack for 2 hours. Serve immediately with Bourbon Whipped Cream or refrigerate. 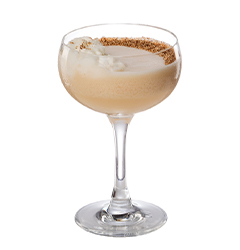 Image and Recipe by: Master of Mixes

Image and Recipe by: Aleia’s Image and Recipe by: Campbell’s

Follow us on social for more fun recipes, deals and more!